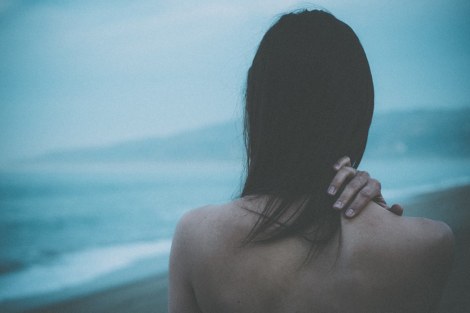 When Dia Frampton speaks of her “Golden Years,” she remembers those times bumming it out on the road with her four best friends playing music in an old van across the U.S. at the age of 17.

“We played shows for two people, and shows for thousands of people, but we were a family,” Frampton told EW. “We loved telling stories and sharing and meeting new people and chasing something.”

Ever since Frampton appeared as runner-up of Season 1 of The Voice back in 2011, she was plummeted into a solo career she wasn’t entirely prepared to handle. As she tried to keep her band intact and get word of their record out there, the fallout of then indie-rock band Meg & Dia was inevitable.

“The dynamic did change,” she wrote to me in 2014. “It doesn’t matter if you try to keep things the same, it was a solo thing. I didn’t want to head a different direction. It just…happened.”

Manager Mike Kaminsky recalled sitting with Frampton to try and figure out her next move, which then led to the orchestra-pop collaboration with film composer Joseph Trapanese entitled ARCHIS in early 2014. In the process of writing those songs, Frampton slowly began to realize she was writing her own record.

Five years and several record labels later, Frampton is finally releasing her own solo album that she feels is “uncomfortably honest and vulnerable”–the way she feels is the only way to release a record.

Aptly titled Bruises, the album is set for a March 3, 2017 release date, with the full Golden Years EP released digitally just this past Friday.

In the song, Frampton introduces the familiar ARCHIS-sounding landscape with full stringed instruments, a gospel choir and elements of electronic-pop to match her sweet vocals tinged with hints of melancholy and hope.

When one typically thinks of their golden years, they think of their twenties as the time to be young, wild, reckless and free–a period of finding and coming into one’s own, and a time regarded as the “best” time in a young person’s life.

But here we have Frampton openly speaking of her decade-long struggle of being a young artist.

“A year shy of thirty, I feel like I might as well be fifty when it comes to women in the music industry,” she reveals in her personal essay on Cuepoint. “If we’re not in our teens or early twenties, we’re pushed aside and put on the shelf.”

As most oft talk with high regard of their twenties–perhaps making big career moves or distracting themselves from the matter-of-fact–Frampton reveals just how difficult these past years have been for her.

Are you ready for Frampton’s comeback? It’s been a long time coming, but as I’ve always believed that you need life to inspire your best work and writing, I feel Frampton is coming back better than ever.

Listen to “Golden Years” from Nettwerk Music Group below and keep up with everything Frampton: