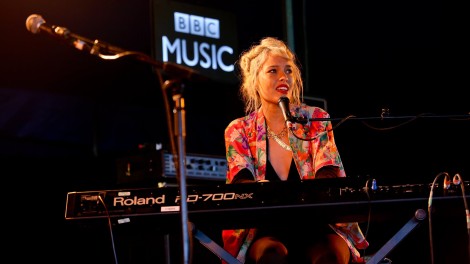 It’s rare to come across an artist who manages to bare their soul in a refreshing and honest way on stage. With all of the electronic, dance-filled synths and indie-rock jam bands taking over the airwaves, the heart of a singer-songwriter is key to some of music’s most powerful moments.

And then comes Kate Earl. Or should I say, the newly unleashed re-titled artist named EARL.

For the past few years, Kate has remained rather distant from the main music scene. After touring with the release of her late 2012 album Stronger–a strong folk rock and rootsy pop album with links to Fleetwood Mac, Joni Mitchell and Tom Petty–she has since traveled and recorded in Jamaica to work on a soul record in the very same studio as Amy Winehouse in 2014. Titled Ransom, it is a record she deems as her passion project that has freed her soul and is the one honest record she has made throughout her career.

As one of the few musicians I have kept close tabs on, she has moved to London with her son Hank in the past year and is happily residing there. With no new installments, it is always a treat to see new footage and recordings of her new music.

The heart in EARL’s performance for BBC Radio 2 Live’s summer performance series in Hyde Park is just unimaginable. There’s a quiet ease to her performance. She introduces it as a song that pays reverence to her seven-year long love. With just her small travel acoustic and lone microphone, sitting before a London audience, she creates a hauntingly intimate space.

The song entitled “First Love” pretty much tells the story of her and her first love from beginning to its endless end. You can hear the crackles in her voice. You can hear her take a short breath. And you can feel her choke up a bit, perhaps holding back memories of loss and pure innocence.

She’s created a space that is sweet, heartbreaking and hauntingly beautiful.

I don’t tend to share live performances often, but this one in particular took me back. I’d love to hear your thoughts about it, as well.